15% of Glasgow residents would contest a loved one's will

More than 12.6 million Brits would be willing to challenge a loved one’s will in court should they feel unhappy or disagree with the division of the estate, according to new research from Direct Line Life Insurance.

The study looked at 16 cities throughout the UK to discover who would:

Residents in Southampton recorded the highest percentage across the UK (31%) for those who would contest a loved one’s will. This was closely followed by London and Norwich at 29%.

Scottish cities, Edinburgh and Glasgow, reported 20% and 15% respectively for challenging a loved one’s will. Only 9% of Edinburgh residents would be willing to contest their parent’s will, and just 8% would challenge their partner’s. While 12% of Glasgow residents said they would contest their parent’s will, Glasgow recorded one of the lowest percentages (3%) for challenging a partner’s will, just in front of Sheffield residents at 1%.

“While our research reveals people are increasingly contesting wills, everyone has the right to choose how they’d like to distribute their assets, even if it seems unusual or excludes even the closest family members.

‘People can be surprised and hurt by the contents of a will, so people may wish to discuss with beneficiaries and those that might think they would inherit, how they plan to distribute their assets.”

On what grounds can a will be challenged?

Challenging a will in Scotland can be a complicated process. While it is accepted that a person is entitled to decide how their estate (including property and assets) should be distributed following their death, there are specific circumstances when the contents of a will can be contested.

The validity of a will can be challenged on any of the following four grounds:

This argument would be used if the testator is believed not to have been fully capable of understanding the nature and effect of writing the will. Incapacity would cover an inability to understand the implications of the will, or why they were leaving this property to a specific person. It would need to be proved that the deceased did not have the capacity at the time of making the will, and this can be given, for example, through medical professionals who were involved with the deceased.

You could contest a will if you can prove the testator was mentally weak and was taken advantage of, for example, due to ill-health or old age. This is similar to undue influence except there must be evidence of mental weakness or vulnerability as well.

You may be able to challenge a will someone has benefited from as a result of fraud. You must prove the true intentions of the testator are not contained within the will as a result of deception.

A will may be overturned if it can be proved a relationship of trust has been abused and the person has substantially benefited from the will as a result. It would need to be determined that this sort of relationship existed, along with evidential proof that pressure was put on the testator at the time of writing the will.

Research from Direct Line found that the most common reason for challenging a will in the UK was undue influence, and yet, contesting on such grounds has been reported as one of the least successful petitions.

If you need to write or update your will, or wish to contest a loved one’s will, you need first-class legal advice from a qualified wills lawyer. Get in touch with McSherry Halliday today via the online enquiry form. 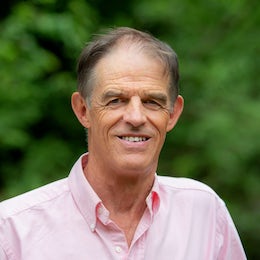