According to new research from Direct Line Pet Insurance, more than 28,500 of the 111,000 divorce cases in the last year involved the custody of a pet; equating to around 90 disputes every day.

In the last three years, family lawyers have reported a 24 per cent increase in requests to draw up pre-nuptial agreements which focus on the custody or care of a pet; commonly known as a ‘pet-nup’. It was revealed an average of 25 hours per divorce case is spent discussing an animal as couples fight over access to the pet.

Pets are often seen as one of the key factors disputed in a divorce settlement. The survey conducted by the pet insurance company of more than 2,000 UK adults discovered that couples prioritised ownership and rights to the pet over:

13.7 million adults would consider setting up a pet-nup agreement to decide who would be given custody in the event of a relationship breakdown. Young people are more likely to get a pet-nup, with two fifths (41 per cent) of 18-34-year olds considering the agreement, compared to just one in seven (15 per cent) of those over the age of 55.

The first legally-binding pet-nup was reported in 2014 and produced by animal re-homing charity, Blue Cross. According to the charity, four pets are given to Blue Cross every week as a result of couples separating. In circumstances where the pet is kept within the family, Blue Cross found that more than half of the time (56 per cent), the wife of girlfriend keeps the pet, compared with less than a third of men (29 per cent) who retain full ownership.

Pets are legally viewed as property – with the owner being the person who purchased the pet – meaning there are no special provisions for those who take care of them. However, the courts may give consideration based on the primary caregiver or whether a pet should be shared or sold, leaving the couple to split the money.

In the event of a breakdown of a relationship, more than half (53 per cent) of owners would set up a financial agreement to look after the pet, 47 per cent would consider shared custody of the pet, while 45 per cent would pay their ex-spouse full ownership of the pet.

Unfortunately, a divorce can also result in a pet being removed from both parties. 41 per cent would give their pet to a friend or family member, a quarter of divorcing couples would consider giving the pet to a shelter or rescue centre, while 17 per cent would sell the pet.

“Given how important pets are within a family it is not surprising that so many people fight for custody.”

“A breakup or divorce is a really stressful time for everyone included, including the pets that often pick up on their owner’s emotions. Like children, pets benefit from routine and a breakdown of a relationship often means moving home or moving between homes which can be a big upheaval.”

Whether you are looking to get a pre-nuptial agreement in place or are going through the process of getting a divorce, our specialist family law solicitors can provide you with qualified legal advice and representation. Get in touch with McSherry Halliday today via the online enquiry form. 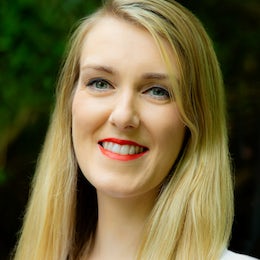